Al Hirschfeld Theatre was designed by noted architect G. Albert Lansburgh and built by vaudeville promoter Martin Beck, who managed it until his death in 1940, and was originally named the Martin Beck Theatre. A grandiose building, this stunning performing arts facility was designed to be the most opulent theatre of its day, making it the perfect choice for those who who to immerse themselves in the authentic Broadway experience, and has dressing rooms for 200 actors! Purchased in 1965 from the Beck Family, it is one of five theatres owned and operated by Jujamcyn Theatres. 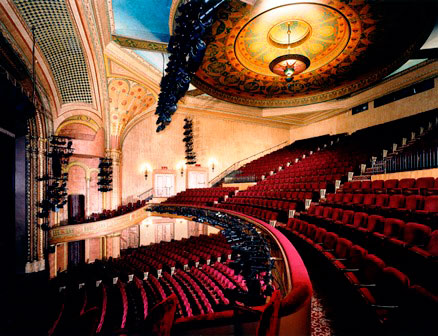 The theatre was renamed in June 2003 in honor of illustrator Al Hirschfeld, as Hirschfeld approached his 100th birthday, with a celebration and tribute to Hirschfeld, which featured performers such as Carol Channing, Matthew Broderick, Barbara Cook, playwright Arthur Miller, and many other figures drawn by Hirschfeld during their careers.

A gallery was also installed in the mezzanine which features 22 reproductions of the artist’s drawings.